Following on the wonderful success of the sample return from S-type asteroid Itokawa by Hayabusa in 2010, a new sample return mission was soon developed by JAXA/ISAS and launched on December 3rd, 2014. The spacecraft of “Hayabusa 2,” arrived at the C-type asteroid, “Ryugu”, on 27th June, 2018 and is scheduled to investigate the surface and then collect samples to be returned to Earth in December 2020. The scientific goal of this mission is to understand the substances associated with the origin of life in the solar system, using pristine materials returned from a water-carbon-rich asteroid “Ryugu”. It is the first step in pioneering a new area of astrobiology, which will utilize material science to investigate samples returned from celestial bodies. A number of missions are scheduled to follow in the footsteps of the “Hayabusa 2,” including OSIRIS-REx (C-type asteroid, scheduled to return in 2023), MARS 2020 (Mars), ExoMars 2020 (Mars), Martian Moons eXploration (MMX; scheduled to return in 2028) and CAESAR, which plans to bring a comet nucleus sample back to Earth from 67P/Churyumov-Gerasimenko (its return is scheduled for 2038). It appears certain that this very important astrobiological research, based on study of samples returned from celestial bodies without the complicating effects of terrestrial alteration, will be implemented internationally, thus maximizing the potential for great scientific breakthrough. 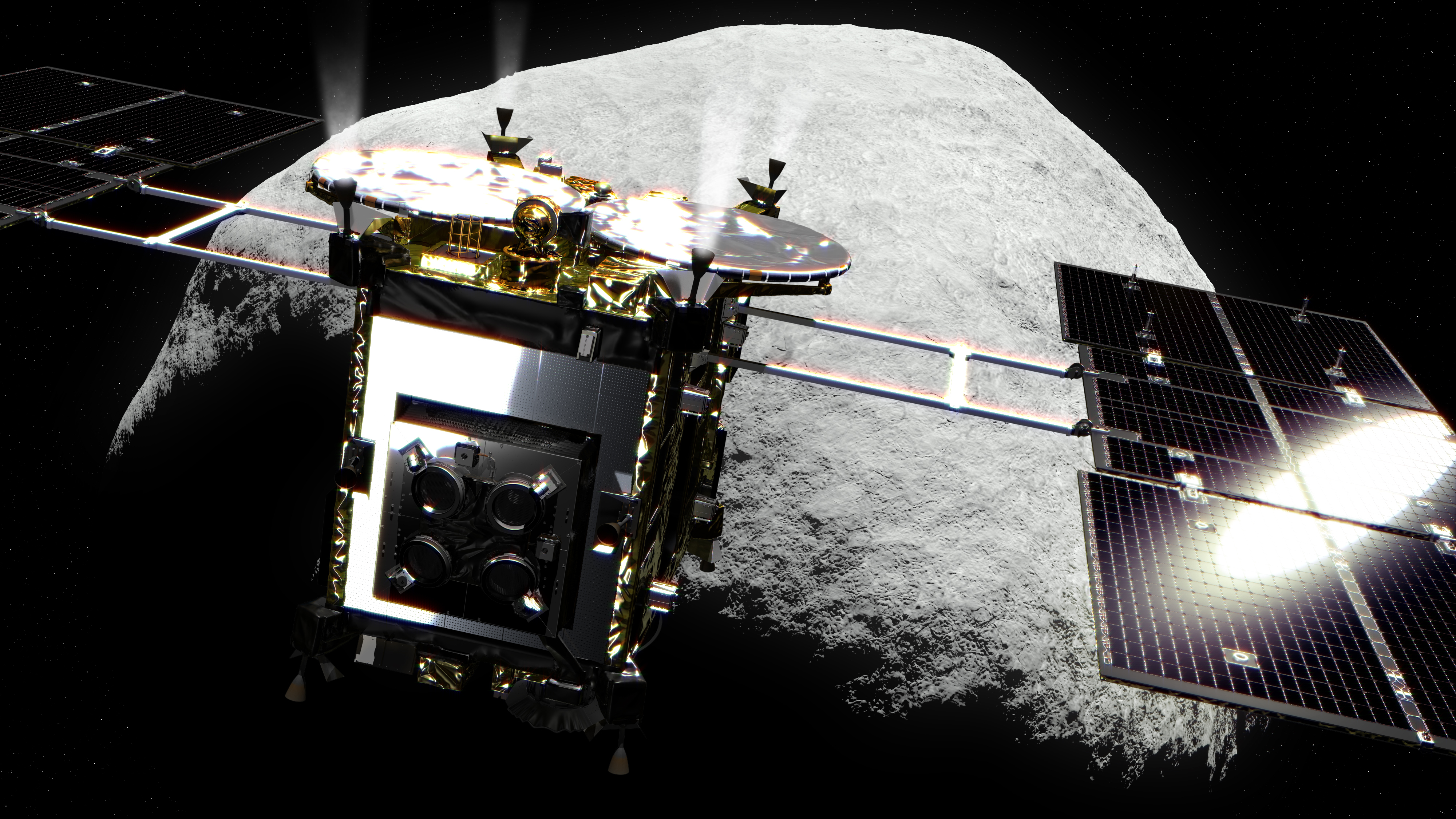 In response to Hayabusa 2’s safe arrival at Ryugu and its initiation of surface observations and sampling, we are organizing an international symposium entitled “Sample-returns and Astrobiology.” This symposium will be accompanied by an outreach event “Space Science World in Tottori 3” and both events will be held in Yonago City, Tottori Prefecture, Japan. At this symposium and outreach event, project and Science managers of Hayabusa 2, and related scientists, will present preliminary observations made at the asteroid Ryugu. In keeping with the vision for sample return as an emphasis in future solar system planetary exploration, international collaboration merging the fields of astrobiology and planetary science, with a materials science perspective, will be discussed among scientists representing the sample return missions mentioned above.

The Institute for Planetary Materials (IPM), Okayama University at Misasa, has been designated as a Phase 2 Curation Facility and will thus play a central role in the materials science research on samples returned by Hayabusa 2. The IPM is aiming to be an international hub laboratory for sample return analyses employing the Comprehensive Analytical System for Terrestrial and Extraterrestrial Materials (CASTEM) established at this institute. The CASTEM suffered tremendous damage due to the Tottori Chubu Earthquake on October 21, 2016. Thanks to the support of the Japanese government and Okayama University, and the great efforts of our laboratory staff, CASTEM has been revived and is becoming even more sophisticated than before the earthquake. During this symposium, we will demonstrate the advanced CASTEM, highlighting its capability as an international collaboration research center to play a key role in the analysis of Earth and planetary materials, including those to be obtained by the upcoming sample return missions.

We are looking forward to meeting you in December this year in Yonago, Japan.

Chair of the Organizing Committee and Professor, Institute for Planetary Materials, Okayama University

For all the details about the symposium and future information, please check the official website!